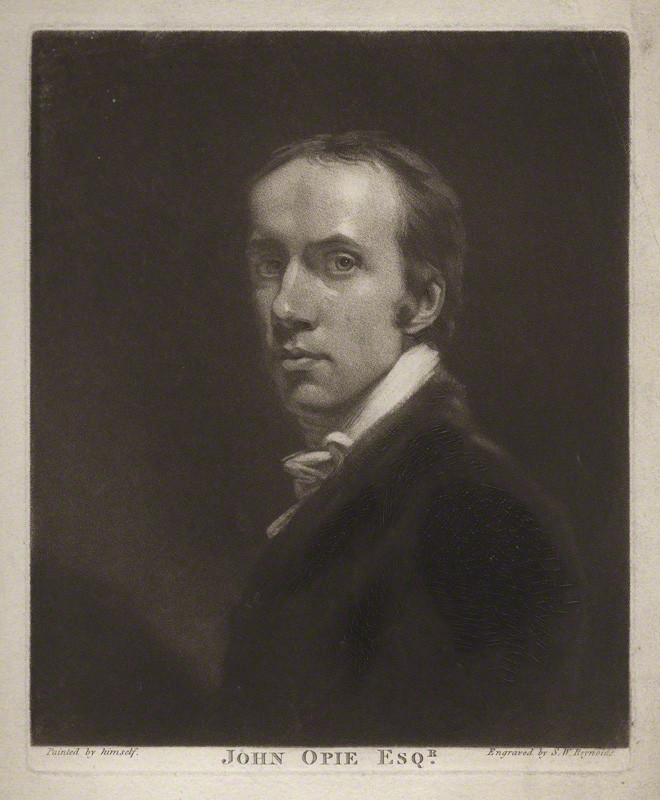 John Opie Self-portrait. He did numerous self portraits. This was Amelia’s favourite, published in her Memoir of him.

John Opie, the husband of Amelia, was born in Cornwall. His carpenter father wanted him to follow in his footsteps, but all the boy wanted to do was draw and paint. He was sponsored by a Truro doctor who bought him out of his apprenticeship and eventually launched him on the London art world as ‘the Cornish Wonder’.
By the time John met Amelia Alderson in London, he was doing well in his chosen career. One of his early commissions came from Queen Charlotte who wished for a portrait of her friend Mrs.Delany and liked Opie’s painting so much she hung it in her bedroom. It is still in the Royal Collection. In 1787 Opie became a Royal Academician
In her 20s, Amelia was spending many weeks each year in the capital, mixing with writers, artists, thespians, politicians and musicians, many of whom were part of John’s social circle and sitters for his paintings. The couple married in May 1798. Understanding his obsession with his work; she sought commissions for him and took pains to welcome people when they arrived for sittings. And John encouraged her to pursue her writing career.

His own career flourished and in 1805 he was made professor of painting at the Royal Academy. Sadly, the marriage only lasted for nine years. John was taken seriously ill in March 1807 and died on 9th April. He was buried in St.Paul’s Cathedral. 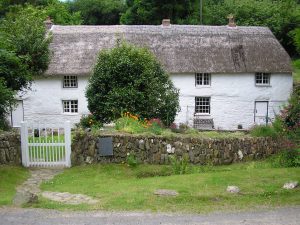 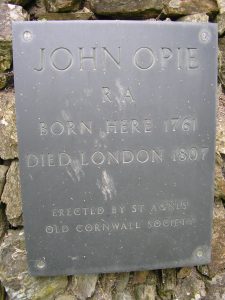 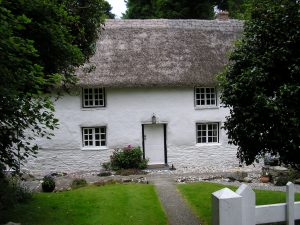 John Opie’s childhood home – Harmony Cottage at Mithian, near St.Agnes. When the widowed Amelia stayed in Cornwall from September 1832 until April 1832 it was occupied by one of John Opie’s nephews, his wife and family.

She wrote to a friend: ‘I dined at Harmony Cottage, where my husband and all the family were born and bred. It is a most sequestered cottage, whitewashed and thatched, a hill rising high above it…flower beds in front of it…I am glad I have seen it…’ 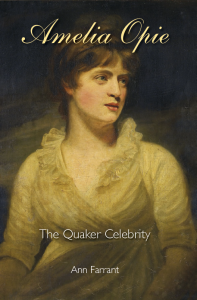